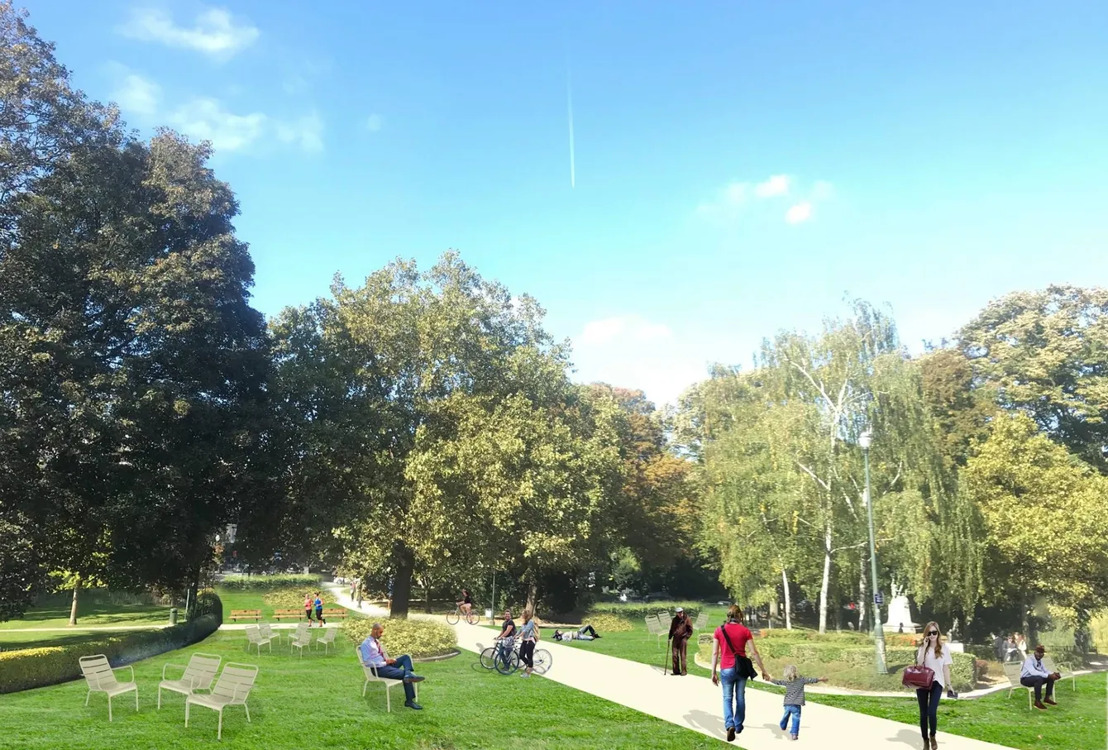 In the approach of the elections, one.brussels launched the proposal  to make several streets near the Ixelles ponds car-free and replace them with green spaces. This would create a large park that would run from Place Flagey to La Cambre Abbey. However, this ambition is nowhere to be found in the mobility plan proposed by Yves Rouyet (Ecolo), alderman for Mobility of Ixelles. For example, the proposed plan still allows car traffic on Square du Souvenir and Rue du Levant. A unique missed opportunity to create a new linear park in Brussels.

“There is a lot of talk about greening Brussels and softening the soil, but we are missing a great opportunity here. In this area you can create one big green space by removing a few non-essential roads. A large new park. The majority agreement in Ixelles aims the creation of several parks, so we cannot understand that cars are more important than greening here.”

In addition, the plan lacks ambition in limiting motorised transit traffic within a neighbourhood. This ambition is clearly expressed in the regional mobility plan Good Move, which was launched in 2016 under Pascal Smet and finally approved in 2020. All Brussels municipalities, including Ixelles, supported the plan and its ambitions. Good Move indicates that there is no more room for motorised transit traffic in the “neighbourhood network”. By not restricting transit traffic within the “meshes”, one.brussels fears that active road users will experience unsafe situations and that public transport will be delayed during rush hours.

“None of the roads that now cross the Ixelles ponds have been identified as essential connecting roads in Good Move . Still they are maintained in the proposed plan, in this way encouraging unwanted transit traffic through the neighbourhood. On beautiful days, lots of Brusselers go to the ponds to relax, jog, walk or sit by the water. Yet we choose to cut up the green space with car-friendly roads.”

Finally, one.brussels-Vooruit also regrets that many small, and often narrow neighbourhood streets remain two-way streets in the proposed plan, such as Rue Alphonse Hottat, Rue Alfred Giron and Rue Henri Marichal. These narrow two-way streets cause dangerous traffic situations and jeopardise a redesign with more space for trees and benches and for pedestrians and cyclists.